Madden 21 recently released on all current-generation gaming platforms and now it has got avid players looking at how well the game captured the real-life skills of the best running backs on the field. Running the ball is key to chewing the clock and winning games; who are the best running backs you can rely on?

In this article, we are looking for the best running backs in Madden 21. Let's dive in!

It isn’t a surprise to see Christian McCaffrey as the best running backs. He had over 2,000 scrimmage yards last season with the Carolina Panthers. He received a 99 overall rating, which is quite the honor in the gaming world.

He's currently the most complete running back in the NFL and can produce from any spot on the offensive side of the ball. On top of being speedy and quick off of the line of scrimmage, he prides himself on protecting the ball. Fans are worried the Panthers' reliance on him might run his body into the ground, but either way, McCaffrey's on his way to cementing himself as an all-time great in and out of Madden. The latest member of the 99 Club, Christian McCaffrey, will be a beast in Madden 21. 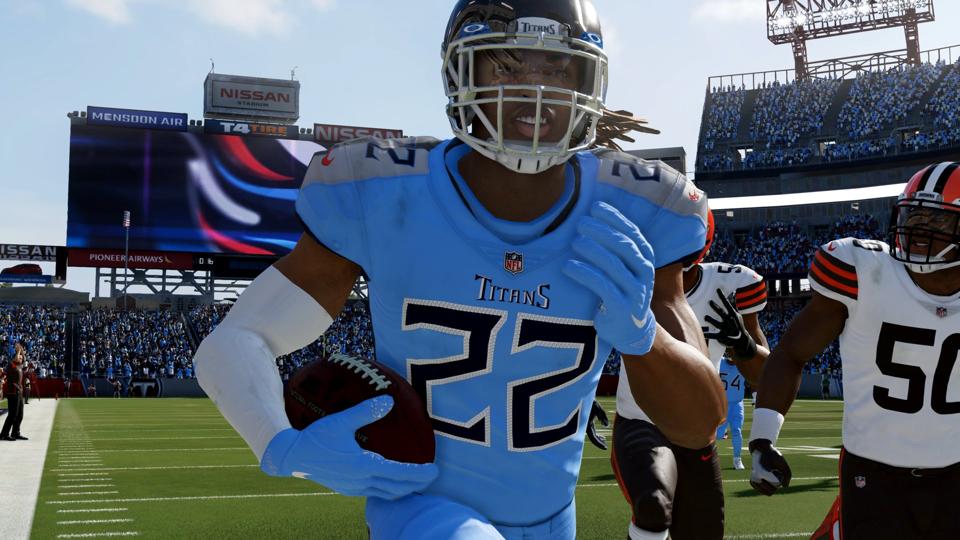 Derrick Henry pounds his way into #2. He is an absolute beast and it takes a whole lot of expert strategy to stop him from running through opposing defenses on his way to six. Henry had an incredible season in 2019. He finished the year with over 1,500 rushing yards and 16 touchdowns, and that’s not including his playoff numbers.

With a mediocre starting quarterback, Henry has literally and figuratively carried the Titans to success and consistency. Being over 6'3" as a running back and having 91 speed and 88 acceleration is a bit of an anomaly and Henry has always felt like a Madden created player. 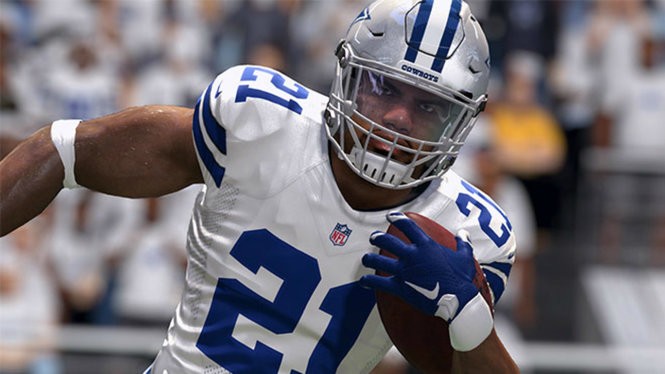 Ezekiel Elliott has had the privilege of playing behind one of the NFL's best offensive lines since he's entered the league. On the field, he's proved himself as an elite running back. His one weakness is his lack of consistent pass-catching ability out of the backfield. However, no matter what struggles or drop-offs he has at any time throughout seasons, he continues to eat up yardage and feast on the league’s defenses. 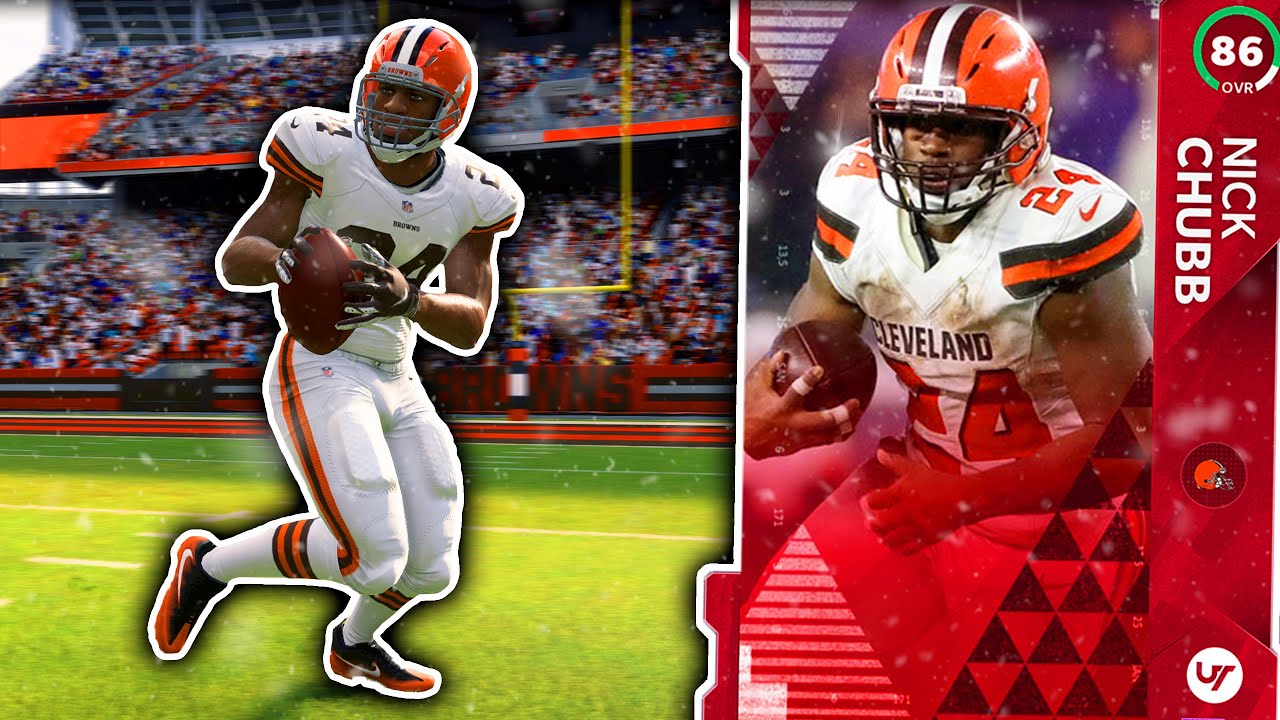 Cleveland's Nick Chubb is in at #4. The hidden gem of Cleveland isn't Drew Carey or Baker Mayfield, but rather Nick Chubb. After putting up 1,494 rushing yards last season, Chubb will start the year with a rating of 93 in Madden 21, but that will jump.

Chubb has been sitting in that spot where no one notices his accolades for the past two years. Sure, he has a lot of talent now, enough to really impact the 2020/21 season. And Chubb has done and will continue to do the heavy lifting. 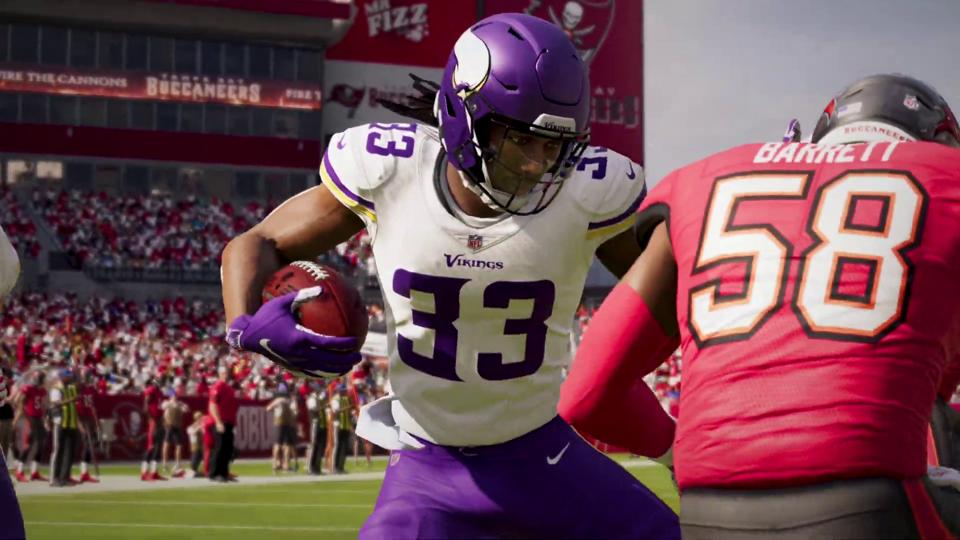 In at #5 is Minnesota's Dalvin Cook. If you polled Minnesota Vikings fans and asked them to name their favorite offensive players on the team, Dalvin Cook likely wouldn't land near the top. But Dalvin Cook has proven that the Vikings are more successful and consistently moving the ball when he's handed the ball. Madden has shown him respect with both his speed and acceleration ratings coming in at an even 92.

Every good team in Madden 21 needs a good running back. If your team has not been set up yet, you may refer to this article to select the right players. If you lack madden NFL 21 coins to buy these players, you can click https://www.u4gm.com/madden-nfl-21-coins to buy. It's cheap, safe and fast. With these coins, you can build the perfect team to win the game!

Please log in to like, share and comment!
Categories
Read More
Other
Most Important Key Elements in a Successful Environmental Management System in Oman?
ISO 14001 Certification in Oman is the global standard as specifies requirements for a...
By Ganga Devi 2021-03-10 09:52:54 0 146
Other
Why is ISO 17025 accreditation important for laboratories ?
Laboratories need to provide accurate and acceptable results on  a regular basis.This can be...
By Adithya CERT 2021-12-22 07:00:54 0 72
Drinks
Which More Wants to Know How to Build Lean muscle Fixed?
esteroides para la construcción de músculo - A superior proteins eating plan is...
By Michael Jordan 2021-05-06 11:55:03 0 125
Games
Rocket League Rocket League Items and it permits people
exchanging is a thing in Rocket League Rocket League Items and it permits people to get beauty...
By Xingwang Xing 2022-05-17 02:02:18 0 20
Drinks
Breasts Enlargement In half a shake Realistic For Everyone
comment avoir des gros seins gros sein naturel Teat enlargement can be quite a large investment,...
By Michael Jordan 2021-08-23 16:50:24 0 102